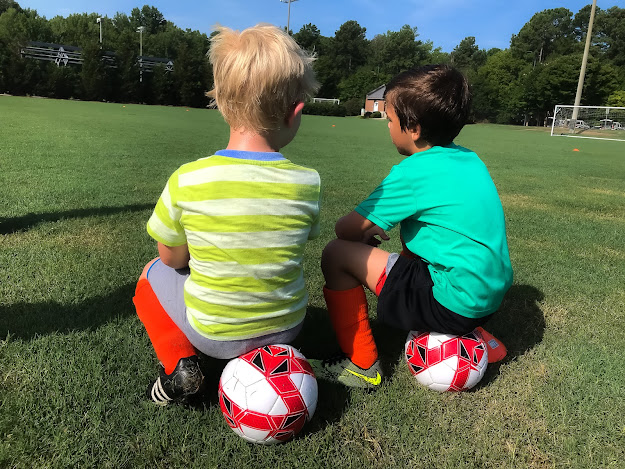 This REALLY a park for ALL (yes YOU)...We've explained how important it is to remove barriers for those with special needs and mobility issues, and we've often said it will be a park for ALL! We really mean that....Keep reading to hear how we've designed the park for everyone and what sports will be programmed at the park Spring 2021!! 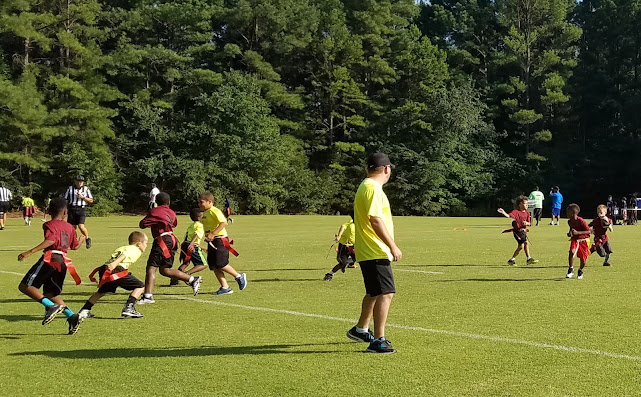 Miracle Park is an inclusive park, so we have made special efforts to look at all parts of the park with a focus on accessibility for those with different abilities. We have featured future athletes who need these accommodations because too often these folks are excluded in our society (both intentionally and unintentionally), or are an afterthought when places are built since most buildings and parks are constructed to MINIMUM accessibility requirements, which are still inaccessible to some. Because of this, we have showcased the aspects of our park that set us apart from other parks due to our Universal Design.
HOWEVER, we want to be sure to reiterate that this is not a "special needs park;" that defeats the purpose of it being inclusive!
We want EVERYONE to come visit and play at Miracle Park. Our state of the art playground does have special pieces that have been designed so that people with many different needs can play. However, we also have traditional swings, slides, and zip lines for typically developing
folks. The walking trails and air resistance strength training equipment will be great for adults and seniors looking to stay in shape while listening to the laughter of children.
We want to create a space where everyone can play TOGETHER!
The fields will host activities for ALL. We will have one traditional field on which Rock Hill Parks, Recreation, and Tourism Department will continue to schedule Little League and softball games.  We will have multi-purpose fields for flag football, baseball, basketball, soccer, and more. Until those fields are finished, we can use the Miracle field for these sports when it's not softball/baseball season. ALL Miracle League games will have buddies, which are typically developing peers who partner with a friend with different abilities. 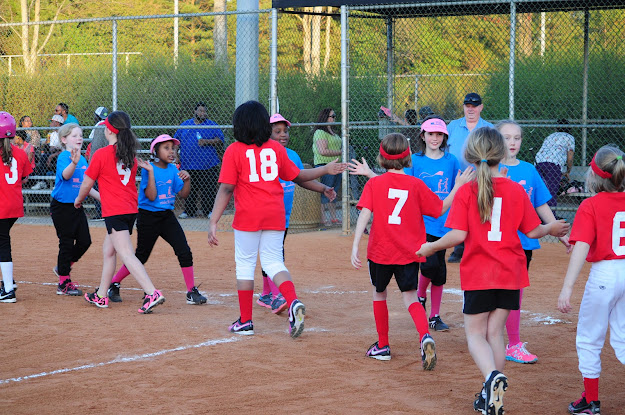 Speaking of buddies, Jayden Carroll and Brodie Kennedy from Northwestern High School have told their stories about being a buddy already, they are looking forward to the opening of Miracle Park so that they will finally have a place outside of school to hang out with ALL of their friends!
We will also have a shelter at the playground and areas near the concession stand where you can host birthday parties for ALL of your friends without wondering if someone can get there due to mobility needs. Miracle Park will truly be a park for ALL!
Please consider how the park will benefit your friends and family, and if you can, DONATE to help ensure all of Phase 1 is constructed by the end of this year!
athlete City of Rock Hill friends fundraisers inclusive play intergenerational PRT schools site plan sports 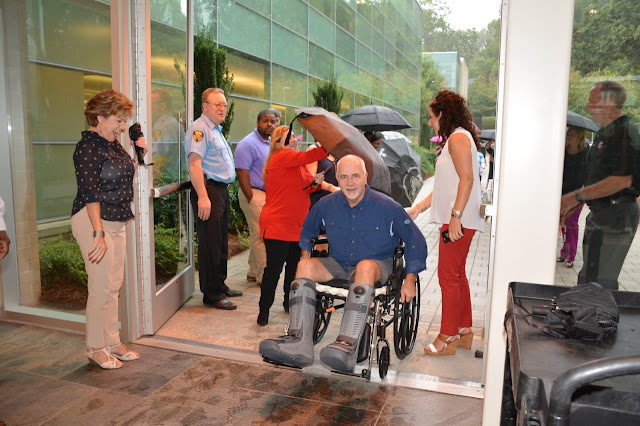 Bruce Brumfield, President/CEO of Founders Federal Credit Union shares his personal story that played a part in why they are a major donor to the Miracle Park!


"At Founders Federal Credit Union, our mission is to serve. To serve our members and to serve our communities. So, when we heard about this dream to build a park in Rock Hill that would change the landscape for people with disabilities, while embracing those of all abilities, we knew we not only had to support it, we had to be on the forefront.

Our board of directors quickly gave us approval to do just that with a half million-dollar donation to help make Miracle Park a reality.
If you think about it, we all likely know someone or know of someone with a disability, who had a child with a disability, a parent with a disability, a friend with a disability. For many, this isn’t as far removed as you might think. I know it isn’t for me.
On August 25, 2016, I fell off a ladder while exiting a deer stand and shattered both of my he… 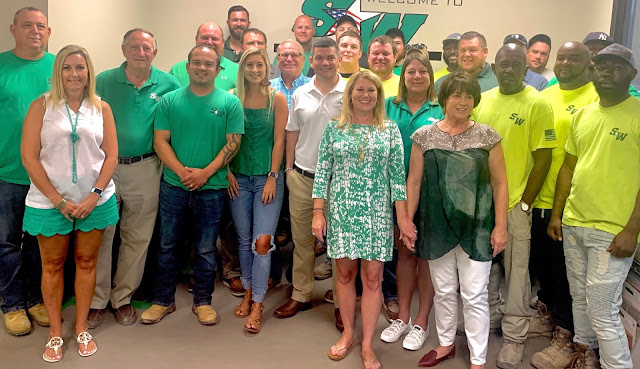 Concrete is the cornerstone material in foundations and structures and community service is the cornerstone of building great communities. Fortunately, we at Stevenson-Weir, Inc. have this amazing opportunity to gift our products, materials and equipment for community service to enhance our great City of Rock Hill with supporting the development of Miracle Park.
Coined the “Green Team” due to our vibrant green color and our team approach to providing service we equally value hard work ethic as well as play.  Although play is often thought of as a “child’s job” it is vital in all stages of life.  Learning through play increases social and cognitive learning as well as functional abilities.  Individuals with mental and physical disabilities are not afforded appropriate avenues to enhance development. Miracle Park will provide the framework for inclusion for all abilities to play, develop, socialize, learn from each other and work!  We are PROUD to partner with other local businesses a… 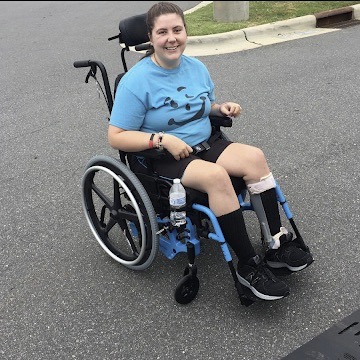 My name is Brooke Craig.  Growing up I played on basketball, volleyball, and softball teams.  My all-time favorite was softball because I was the pitcher.
On January 24, 2013, when I was 17, I was in a car accident, and now I use a wheelchair.   I am now 25 and that has not stopped me from living my best life.   I am looking forward to Miracle Park so I can play on a field that my chair will freely move on.
I hope to be the pitcher of a team again very soon!  I am also looking forward to playing on a team with all of my friends and my sister Brittany beside me.
Miracle Park is giving folks like Brooke a second chance at the things they love, can you help fund this park by donating today? 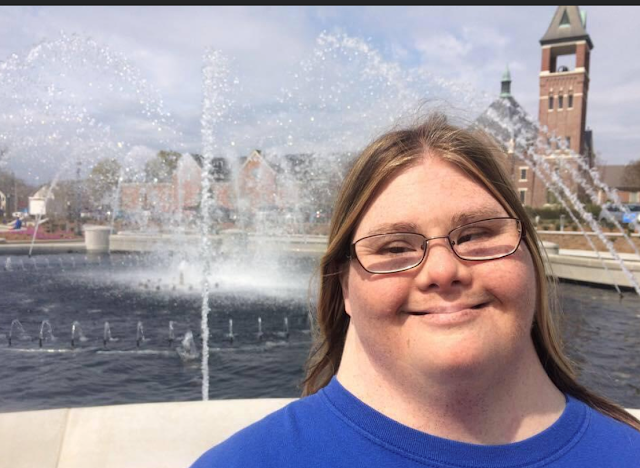 My name is Tina Cook.  I am 35 years old, and I like to swim, bowl and play bocce.   I am excited for Miracle Park to open so I can play on the playground and on a sports team.  When I was little, I watched my brother play on sports teams with his friends, and I always wanted to do that too.  Now I will be able to play on a team with my friends.  AND……I can have my fans cheering for me in the crowd!
Can you help us support Tina and all others excited to be at this park?  Do to unseen hurdles associated with stay-at-home orders our fundraising has be effected tremendously!  We need $2,000,000 to be able to build out all of Phase 1 like we want to, which means we need your help and commitment.  Go to www.miracleparkrockhill.com to find out how you can help. 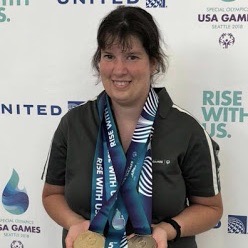 My name is Emily Saverance; I am 34 years old, and I LOVE sports!  I have played on golf teams, soccer teams, bowling teams, bocce teams and swim teams.  I have competed at the local, state, national, and world levels for swimming and bowling.  I am looking forward to the sports that will be played at Miracle Park, but I am really excited that they will be hiring people with disabilities to work there.  I am a hard worker and worked at a bakery for over 10 years until they closed down.  I hope to be hired there so I can earn my own money, be independent and work with people in our community.

We still need $4,000,000 to complete phases 2 and 3 of the park, can you support the park today?  www.miracleparkrockhill.com